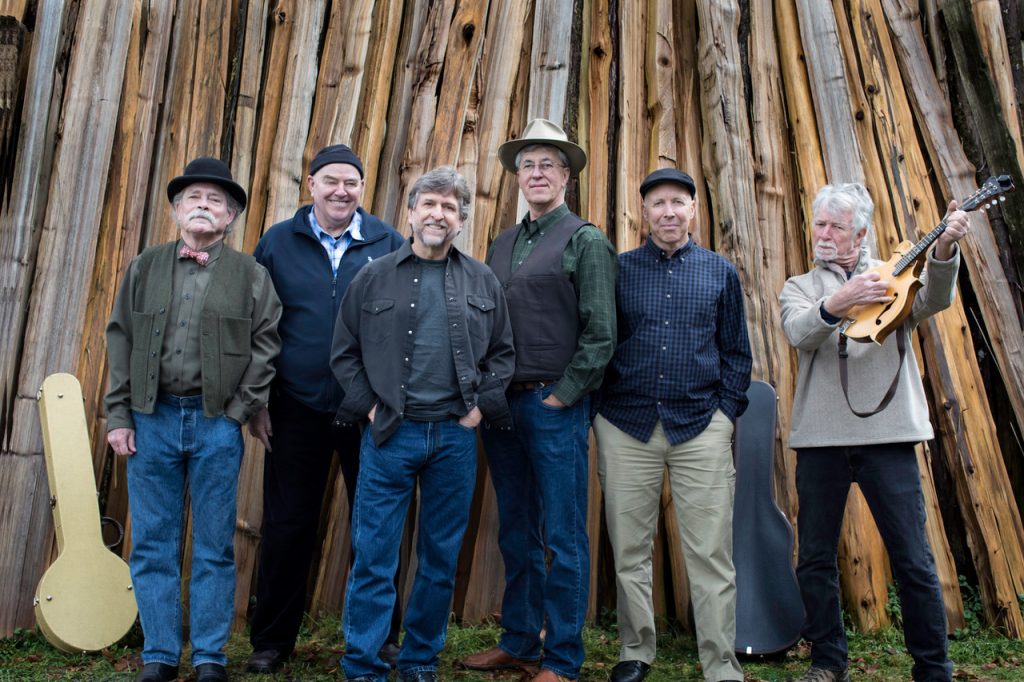 “If there is a group who can push forward the ageless Americana blueprint of The Band, it might just be Marley’s Ghost.” — Something Else!

As most people will tell you, there’s an undeniable connection between versatility and variation. Suffice it to say that each depends on the other. In the case of Seattle-based Marley’s Ghost, that eclectic energy has resulted in a broad repertoire that has defied any ability to tag them to any one particular genre. Their dozen albums to date — like the output of The Band — survey a broad scope of Americana and acoustic music in general, refusing to confine them to any singular niche.

“It is, and always has been, about the music,” bassist, fiddler, guitarist, singer and chief songwriter Dan Wheetman insists. “That’s what’s kept this band going for so long. It’s always been about digging a little deeper, honing our skills and celebrating the entire playing process. That drives us forward.”

With their current album, the aptly named Travelin’ Shoes, Marley’s Ghost veers towards a path that doesn’t detract from that overarched umbrella, but instead helps define it further. Produced by acclaimed virtuoso Larry Campbell (Bob Dylan, Levon Helm), who was previously behind the boards for The Woodstock Sessions, their highly acclaimed 2016 album, Travelin’ Shoes is a joyous and surprisingly diverse set of songs, a celebratory salute to the finest traditions of American music.

“Larry has a vast knowledge that spans so many genres,” Wheetman recalls. “The thing he recognized in us is our connection to the folk and roots musicians of a past generation, and he saw in us an ability to give that music contemporary credence. He knew our strengths and how to use them to the best advantage in each of the songs.”

Or, as the L.A. Weekly aptly put it, “This West Coast group deftly dashes across decades of American music to create a sound that’s steeped in tradition but never bogged down by traditionalism.”

Composed of singer/multi-instrumentalists Wheetman, Jon Wilcox, Mike Phelan, Ed Littlefield Jr., Jerry Fletcher, and Bob Nichols, the band can sing and play anything with spot-on feel, from roots to rock, blues to bluegrass, gospel to stone country, which is what they’ve been doing – to the ongoing delight of a fervent cult that includes many of their fellow musicians – for over 30 years as a working unit. More than three decades from that initial spark, they’re still playing together with the same passion, purpose and chemistry that inspired them early on.

“The vocals will blow you away with their purity. The group sings with the heartfelt conviction that only those who embody music’s spirituality can convey.” – Relix

“The real draw is the band itself, showcasing the kind of ensemble performances that come only from a lifetime of playing together, thriving across the decades as virtuosic, unsung heroes of country, folk, and Western swing.” – Acoustic Guitar 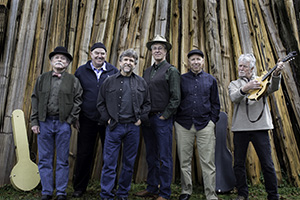 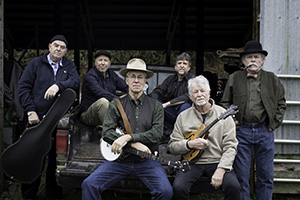 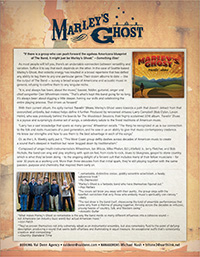 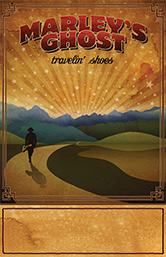 In the wake of The Woodstock Sessions, our resonant collaboration with good pal and esteemed producer Larry Campbell, we decided to return to the studio with Larry at the helm for another musical adventure. The result is Travelin’ Shoes, a treasure trove of gone-world gospel gems, a genre beloved by us all.

“Marley’s Ghost dug to its deepest roots to compile an album of gospel songs that emphasize harmony. In the process, they might’ve accidentally carved their own niche among some of the best singing groups in bluegrass and Southern gospel.” – No Depression

“On the heels of 2016’s acclaimed, Larry Campbell-produced The Woodstock Sessions, comes Travelin’ Shoes, another powerful, surprising outing. With Campbell’s warm soundscape lending the proceedings an intimate feel, the band delivers in and out of the box in abundance. Enter, and feel the spirit.” – Deep Roots

Jubilee is a joyous record that more than earns its title. . .Marley’s Ghost is a fantastic band who have themselves figured out.”

If there is a group, in the era after the sad passing of Levon Helm, who can push forward the ageless Americana blueprint of The Band, it might just be Marley’s Ghost.”

The vocals will blow you away with their purity…the group sings with the heartfelt conviction that only those who embody music’s spirituality can convey.”

The real draw is the band itself, showcasing the kind of ensemble performances that come only from a lifetime of playing together, thriving across the decades as virtuosic, unsung heroes of country, folk, and Western swing.”

…goes down smooth, rich and delectable.”

At the core of Marley’s Ghost and this project is timeless music that’s superbly executed.”

What makes Marley’s Ghost’s music so remarkable is the way the band melds so many different influences into a cohesive sound – not Americana (an industry buzz word) but actual American music.”

The cavalry has arrived in the form of Marley’s Ghost’s bluegrass-cum-country blues version of Bobby Womack’s (and early Rolling Stones') “It’s All Over Now,” a moment of pure musicmaking joy and esprit de corps.”

Individually and collectively, the five musicians that make up Marley’s Ghost are among the true masters of American music. On their 25th Anniversary album, Jubilee, they prove it with every note.”

They’ve proven themselves not only extremely adept as an instrumental ensemble, but also remarkably fluid to the point of defying description, producing a sound that seems both effortless and illuminating in equal measure. An exceptional outfit that's consistently creative and compelling.”

Tight and soaring harmonies, expert musicianship, lyrics that tell stories, and an underlying beauty all combine to make their music memorable.”